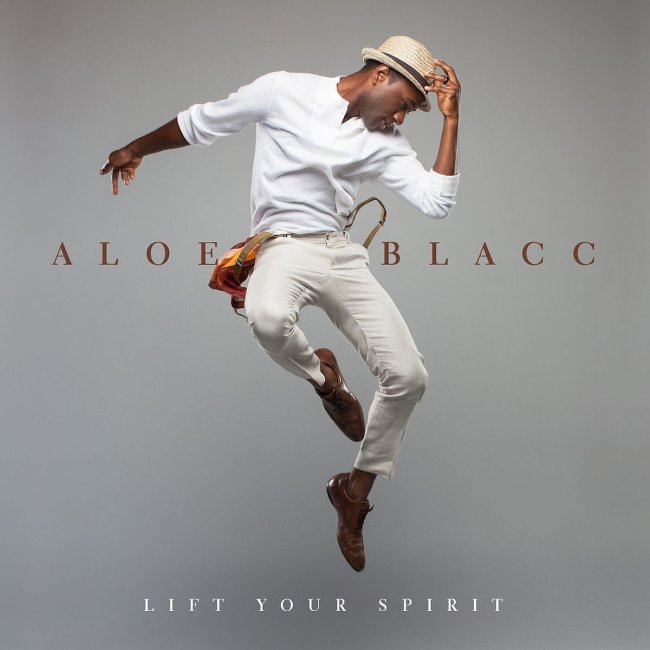 A little R&B and a lot more Funk, artist Aloe Blacc and his music remain a diamond in the rough. The 35-year-old soul singer’s got all the bases covered: melody, production, variety, and more importantly–lyrical substance that leaves you with a smile. It’s R&B with cultural consciousness. The positivity is unmistakable, but it’s not suffocating or of the “Top 40” fluff variety; rather, it leaves with you the feeling of just having gone to church—a lively feeling indeed. Lift Your Spirit continues in the fashion of Good Things from 2010, with a little more choir and attitude. The “I Need A Dollar” singer’s voice runs through your system, energizing every ounce of your being with his smoky and consistent tone, and quality reminiscent of the classics: Stevie Wonder, Bill Withers, and Marvin Gaye. In fact, Blacc might just be the hypothetical love child of all three—if that was even a thing.

Shouting out Elton John in his proud opener track, “The Man”, Aloe samples some of the timeless “Your Song” for the fired-up chorus. And as for the man Aloe’s referring to? Himself. It’s a self-appreciating jam celebrating his return to music, and a soul anthem to pump up the downcast; “I played my cards and I didn’t fold/Well it ain’t that hard when you got soul”.

When Pharrell’s in charge of production, it’s hard for most to find fault. “Love is the Answer” features his slap bass beat-making and falsetto-fied vocals atop Aloe’s socially conscious track about unification of people and “spreading the love”. The music video, very raw and artistic, makes the song a little more dramatic and addresses gun violence. Aloe Blacc, simply put, makes “clean” music. It’s pretty much devoid of explicit language and vulgarities, and unlike much of the R&B genre’s “sexiness”—Blacc digs for something deeper. Self-expression via expletives is OK, but there is something uniquely refreshing about this particular approach to the art form.

Like most long EPs, there are undoubted “fillers”. “Here Today”, “The Hand is Quicker”, and “Owe It All” are three of the sleepier tracks on the album. The one major criticism is the trickling off of excitement that occurs early on. There are far too few replay-worthy tracks, and far too many like “Red Velvet Seat”, which loses our audio attention fast. “Chasing” picks up some of the previous songs’ slack; however, you might not have lasted that long.

Although Aloe Blacc’s got the pipes to prove his spot in the R&B, as well as the substance to attract listeners with “deeper” tastes, the melodies on Lift Your Spirit tend to repeat and many of the instrumentals don’t have the “grab you” factor. Vocally speaking, though, Aloe knocks ‘em dead.