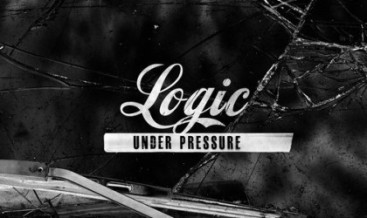 With a recent signing to the Def Jam label and 4 mixtapes under his belt–all with Frank Sinatra-themed eloquence and a self-effacing calling card–you’d think the 24-year-old lyrical sniper would’ve made a bigger dent in the hip-hop sphere by now. He even made moves with Childish Gambino, who joined him on the power-collab “Driving Ms. Daisy”…(which you can find here). But the hype hasn’t quite been caught.

And yet, this lack of blow-up makes Logic even more of a ‘diamond in the rough’.

And nesting in this slightly cuckoo instrumental is shamelessly devout rhyme. Let’s pause for a minute to let this measure sink in:

“Motivated, undereducated, and hated
But finally getting cake like a happy belated…”

and to not skim over his adversities…

“Now they know Logic for Logic, not through my affiliations
Stacking profit on profit, from this music I’m making
Even Jesus had haters, so when you feeling forsaken
Tell ’em jealous Judas is who this is, and man, that’ll break ’em…”

Certainly, the track details a decade’s worth of grind, while reinforcing Logic’s street-poet lyricism and deeper-than-radio offerings. The album will be up for grabs on October 21st, but until then…get comfortable with its main cypher…