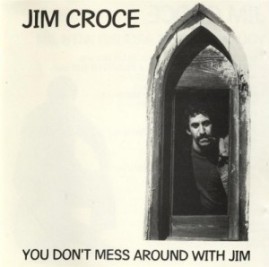 Song: “Operator (That’s Not The Way It Feels)”

Jilted vulnerability and self-rationalization occupy the late Jim’s Croce’s 1972 ballad, “Operator (That’s Not The Way It Feels)”. An acoustic-folk historian’s staple, the spill-all song recounts the impulse of checking up on an old lover—and the bittersweet memory-flood that comes with it. While Croce vents to a faceless operator, a scratchily-fretted acoustic instrumental echoes his lament.

Though one of soft rock’s most definitive artists to this day, Jim Croce’s calling card was modest: a rare kind of melodic un-adornment—often entwined with storyteller profundity…(e.g., the classic “Time in a Bottle”).

While “Operator” mirrors all of the above, it quietly generates a heart-stinging effect unlike anything else in Croce’s discography.

The song intros in usual ’70s folk form; an arrestingly pretty, rustic guitar riff whines its way to our attention–and preludes the singer’s grainy-voiced telling of a love lost. And the live narration of restless operator-redial commences.

After a bitterly murmured backstory of the woman in question—one who ended up residing in LA with a “best old ex-friend Ray”—Croce regains his cool, until all residual hurt is laid bare…

“Well, let’s forget all that…
And give me the number if you can find it;
So I can call just to tell ’em I’m fine and to show…
I’ve overcome the blow, I’ve learned to take it well
I only wish my words could just convince myself
…That it just wasn’t real
But that’s not the way it feels…”

Over four decades after its release, “Operator” upholds its gem status and serves as a top-tier sample of Croce balladry—and one of music’s most comforting songs of lovesickness-sympathy.