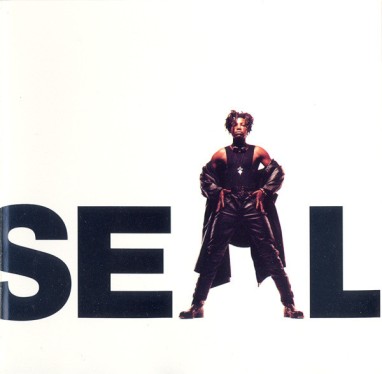 It feels unfair that it took the 1995 release of ever-corny Batman Forever and its soundtrack, which housed smash-hit single “Kiss From a Rose”, for sleek-pop UK singer Seal to really make waves. Otherwise known as Henry Olusegun Adeola Samuel, he’s enjoyed long-term fandom within a niche of adult radio hit lovers who still prefer something ‘different’.

Prior to the Batman-spurred fame, the artist had smash hit “Crazy“, an internationally-played single birthed from his breakout, self-titled solo album in 1991. The cover art for the EP? An ultra-mod, Basquiat-cool Seal, hands on trench coat-tied hips. [Very 90s-dance-studio.]

Produced by longtime co-partner Trevor Horn, the idyllic chorus swells as Seal imagines a utopia free of people’s baggage [“And the riders will not stop us, cause the only love they’ll find is paradise…”].